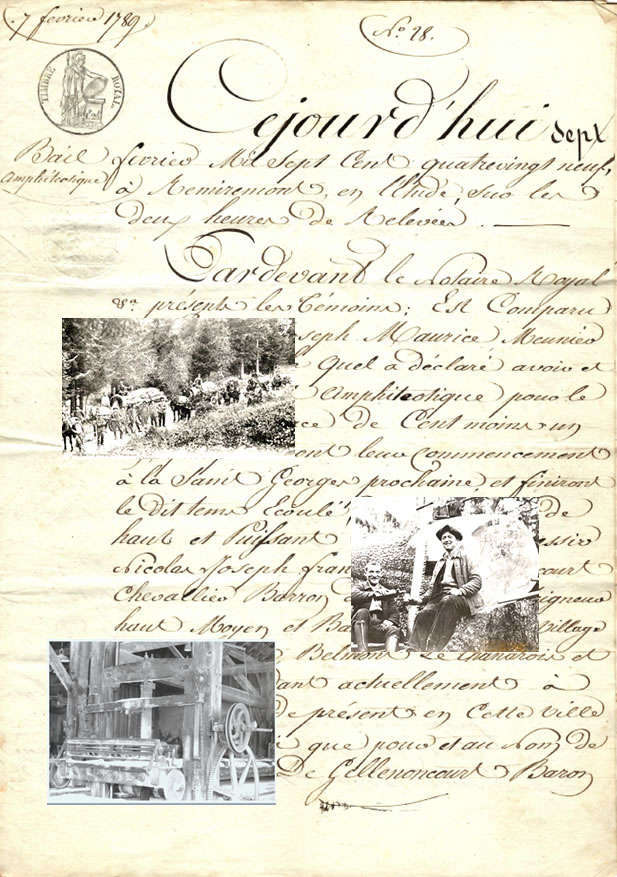 The Museum, a must-see site!

Located in the heart of the Moselotte Valley between Hohneck and Remiremont, the Musée du Bois really saw the light of day in 1989 thanks to a few passionate and very determined volunteers.

Installed on the remains of an old mill dating from 1789, it was transformed into a sawmill in 1827.

Burned down in 1944 by occupation troops, it was rebuilt. The sawmill ceased its activity in 1988.

The sawmill spans the Rupt de Bâmont which provides the "Hydraulic Power" to drive the sawmill machines.

The use of this "New Technology" was brought about by the discovery of a major technique long ignored: the transformation of circular motion into reciprocating rectilinear motion.

Other types of saws existed previously known as "block saws". (13th century). The water wheel below is the heart of the sawmill. Without it "no movement" therefore "no work". Most of the factories in the valley used the force of the water to move the machines.

Hydraulic power was used a lot at that time. A large number of catchments supplied the factories on the Rupt de Bâmont. The latter has its source at the Col de Lansau (920 meters). Let us quote among other factories, a turning factory, a sabotery. Little by little, other machines came to enrich the museography of the “Musée du Bois”. In particular a horizontal saw. The latter is connected to the other machines by the set of pulleys and belts. An impressive array of old tools, relating to the various woodworking trades, completes the whole.